A rom-com based in a school where a schoolteacher named Ravi Padmanabhan comes into the lives of Jason and his friends. 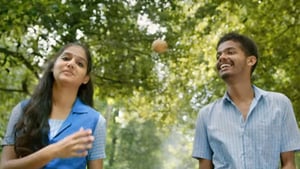