Pappu Mishra is the creator and host of a reality show called Musibat Odh Li Maine. Baba Bhandari, a big name in politics and crime, is offended with his reportage. Incidentally, the two belong to the same town, so when Pappu comes back for Diwali, Bhandari kidnaps him. A lively girl named Mandira saves Pappu, but later both Bhandari and Pappu end up falling for her. As chaos reigns in the town, how will the two men deal with the situation? 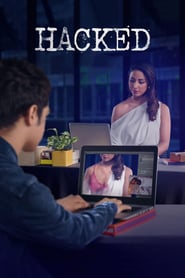