Oru Yamandan Premakadha is a 2019 Indian Malayalam-language comedy film directed by B. C. Noufal and written by Bibin George and Vishnu Unnikrishnan. It stars Dulquer Salmaan, Nikhila Vimal, Soubin Shahir, Vishnu Unnikrishnan and Salim Kumar in the lead roles. The film’s production began on 3 July 2017 and was completely shot in Kochi. It was released on 25 April 2019.

Movie takes us into the world of a spirited youngster named Lallu and his colorful gang of friends. 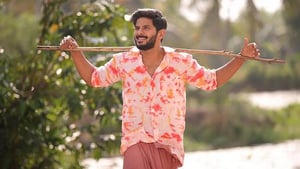