Argentina Fans Kattoorkadavu is a 2019 Indian Malayalam-language film directed by Midhun Manuel Thomas, starring Kalidas Jayaram and Aishwarya Lekshmi in leading roles.  The film is written by Ashokan Cheruvil, John Manthrickal and Midhun Manuel Thomas. The film’s musical score was composed by Gopi Sunder. It was released on 22 March 2019.

The film is set on the background of an Argentine football team fan Vipinan between their reign from the 2010 to 2018 FIFA world cups. 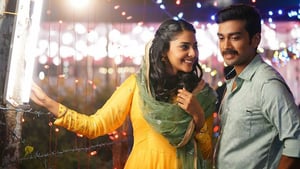