Adhyarathri is a 2019 Indian Malayalam-language comedy film directed by Jibu Jacob, written by Sharis Mohammed and Jebin Joseph Anthony, produced and distributed by Central Pictures. The film stars Biju Menon as Manoharan, a marriage broker, along with Aju Varghese and Anaswara Rajan in pivotal roles. The film was released on 4 October 2019.

Manoharan is the last word for the villagers of Mullakkara. The marriage broker has been finding ideal match for youth in his village for 22 years. Will his thoughts on love and marriage change when Ashwathy enters the scene? 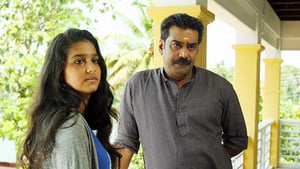