9 (or Nine) is a 2019 Indian Malayalam-language science fiction horror thriller film written and directed by Jenuse Mohamed. It was jointly produced by Prithviraj Productions and SPE Films India, and distributed by Sony Pictures Releasing. The film is heavily inspired from 2005 Hollywood thriller Hide and Seek (2005 film) starring Robert De Niro and Dakota Fanning. The film stars Prithviraj Sukumaran in the lead role, with Prakash Raj, Mamta Mohandas, Wamiqa Gabbi, and Master Alok in other important roles. The film marks the first regional Indian film production and distribution of Sony Pictures and the debut of Prithviraj Productions.

When forces within and beyond this world conspire to snatch his son away, a father resolves to do whatever it takes to protect him. 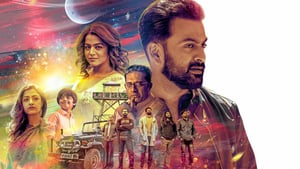